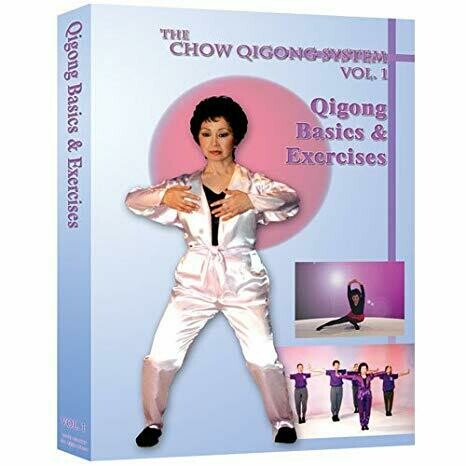 In July 2000, Dr. Chow was appointed by President Clinton to the original 15 member White House Commission on Complementary and Alternative Medicine Policy. Recipient of the "Visionary of the Year 1997" "The Humanitarian of the Year 1999" and "The Visionary of the Decade 2000" Awards, Dr. Effie Poy Yew Chow has for over 40 years been working to integrate Traditional Chinese Medicine (TCM) with Western Medicine. Toward this goal, she founded the East West Academy of Healing Arts (EWAHA) in 1973 in San Francisco. In 1988 an arm of that organization, The EWAHA Qigong Institute, was established within EWAHA to promote research and clinical work in medical Qigong. In 2003 she was appointed by the Museum of Science and Industry, Chicago to their National Task Force on The 21st Century Initiative on Life and Health. In 2004 she was invited onto the 15 member international Advisory Board of the CAM Health Expo, and in 2005 onto the 20 member Advisory Board of the National Library of Medicine-Asian American Health Website Users Group. May, 2005 the Vancouver General Hospital Nurses Alumnae Assoc. awarded Dr. Chow as the "Most Distinguished Nurse Graduate". In 2006, she is an Associate of AHA! Ventures Int'l. In 2007, the Editorial Board of the Boardroom Inc., Bottom Line Women's Health Publications, and the Editorial Board of the prestigious new "super peer-reviewed publication" The Journal of the Science of Healing Outcomes". Clients come from all parts of the world to consult with Dr. Chow. She travels internationally to see clients, give seminars and train practitioners. She has personally made presentations to over 350,000 people of all cultures, and to more than 600 corporations, including Fortune 500 companies, hospitals, health clinics, universities, and governmental agencies. She is the only Qigong Grandmaster-Nurse-Acupuncturist in North America who has been active in the development of national health policies within the U.S. Department of Health and Human Services (DHHS) in the field of cultural diversity, alternative and ethno-medicine. In the early development (1970's) of acupuncture licensing law in California, Dr. Chow was a consultant to Senator Moscone and other legislators. For over 35 years she has been consultant with the DHHS in various areas, such as the National Heart, Lung and Blood Institute, and the Minority Task Force. She has served as an appointed member of the National Advisory Council to The Secretary of DHHS on Health Professions' Education for Medicine, Osteopathy, Dentistry, Veterinary, Optometry, Pharmacy and Podiatry (MODVOPP). She has made over 400 television appearances including Dini and Canada Am. Dr. Chow has been interviewed frequently on radio, and has been the subject of many news media publications in both North America and Europe. She participated in a four-part television series on alternative medicine which has been shown worldwide. She has received a number of awards and other recognition for her significant contributions in the field of Traditional Chinese Medicine, Acupuncture, Qigong, & health care.